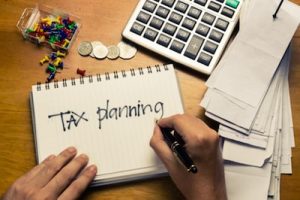 On February 27, 2018 the Honourable Bill Morneau, Minister of Finance, presented the 2018 Federal Budget, Equality + Growth: A Strong Middle Class, to the House of Commons.

From Focus LLP, CPA your Calgary Tax Accountants, in collaboration with Video Tax News Inc., we have provided a summary of the major budget changes over the following blogs:

Since Budget 2017 first expressed an intention to reduce the tax benefits of accumulating passive assets in a Canadian-controlled Private Corporation (CCPC), private business owners and their advisors have been faced with a series of proposals and comments on the taxation of passive income.

Budget 2018 includes details of a new passive investment tax regime for CCPCs, proposed to apply to taxation years commencing after 2018. Two significant changes are proposed, first a limit in access to the small business deduction for CCPCs generating significant income from passive assets, and second, a new regime to stream the recovery of refundable tax to the payment of specific types of dividends (eligible versus non-eligible).

Some CCPCs already have a reduced business limit due to high taxable capital. The greater of that reduction and the new reduction for passive income will apply.

What is “Passive Income”?

For purposes of these new rules, capital gains on certain types of property will also be excluded. These are as follows:

Where capital losses realized in a different taxation year are applied to offset capital gains realized in the current year, these losses will not reduce passive income for these new rules.

Passive income is subject to a high corporate tax rate. However, a portion of these taxes are refunded when the CCPC pays taxable dividends. The Government had previously suggested eliminating the refundability of this tax. That suggestion has been abandoned.

However, the second prong of the passive income proposals will add a new restriction. Recovering refundable taxes will generally require the payment of non-eligible dividends. These carry a higher personal tax cost than eligible dividends.

The proposals also include anti-avoidance measures.

While these new rules will generally apply only to taxation years commencing after 2018, they will apply earlier where planning transactions are undertaken to delay their application.

As well, transfers of passive assets between related corporations may result in the transferor and transferee corporations being required to combine their passive income for the purposes of the reduction to their SBD limits. This provision could apply, for example, if a corporation transfers investment assets to a second corporation owned by the spouse or children of the owner of the first corporation.

A variety of assets related to clean energy generation and energy conservation qualify for accelerated capital cost allowance at rates of either 30% (Class 43.1) or 50% (Class 43.2). Access to the 50% rate is currently available only for assets acquired before 2020. Budget 2018 proposes to extend this to assets acquired before 2025 (so on or before December 31, 2024).

The preceding information is for educational purposes only. As it is impossible to include all situations, circumstances and exceptions in a newsletter such as this, a further review should be done by a qualified professional.

No individual or organization involved in either the preparation or distribution of this letter accepts any contractual, tortious, or any other form of liability for its contents or for any consequences arising from its use.

This website uses cookies to improve your experience while you navigate through the website. Out of these, the cookies that are categorized as necessary are stored on your browser as they are essential for the working of basic functionalities of the website. We also use third-party cookies that help us analyze and understand how you use this website. These cookies will be stored in your browser only with your consent. You also have the option to opt-out of these cookies. But opting out of some of these cookies may affect your browsing experience.
Necessary Always Enabled

Any cookies that may not be particularly necessary for the website to function and is used specifically to collect user personal data via analytics, ads, other embedded contents are termed as non-necessary cookies. It is mandatory to procure user consent prior to running these cookies on your website.