Escaping the early winter? Be aware of the substantial presence test 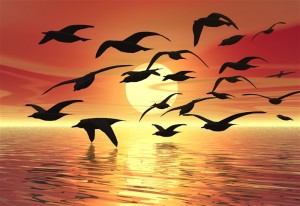 Escaping the early winter? Be aware of potential US tax implications of the substantial presence test

It certainly feels like winter has hit us early this year in Alberta.  Calgary has received more snow in October in over a hundred years and it was all in the first 2 days of the month! For those of you who head south for the winter and you are thinking that you might leave early this year, be aware that there may be potential U.S. tax filing implications.  If you spend more than 183 days in the U.S. in any one calendar year, you will be considered a U.S. resident for tax purposes and will be required to file a U.S. tax return. However, the U.S. also has a test called the “Substantial Presence Test” that takes into consideration the time you have spent in the US over the last three (3) years. The criteria of this test are as follows:

You must be physically present in the U.S. on at least:

The good news is that there is an exemption statement that can be filed with the U.S. Internal Revenue Service (IRS) called the Closer Connection Exemption Statement for Aliens (IRS Form 8840).  To avoid U.S. taxation, this form needs to be filed annually with the IRS.

The form, in essence, acknowledges that you met or exceeded the “substantial presence test” BUT you are not going to be filing a U.S. income tax return due to the fact that you maintain “a closer connection” to a foreign country, such as Canada, where you will be paying annual income tax.

You will be considered to have a “closer connection” with a country other than the U.S. based on the location of:

Canadians should pro-actively complete and file a new Form 8840 each year with the IRS. This is a positive acknowledgment that you are entering the U.S. each year as a “temporary visitor for pleasure” and are complying with U.S. tax laws. A photocopy of each year’s completed form should also be carried, when crossing the border into the U.S. the following year, to indicate that you are entering the U.S. as a temporary visitor from Canada.

Please contact us if you need more information or to confirm whether you may be deemed to be a U.S. resident by the substantial presence test and need to file Form 8840.

This website uses cookies to improve your experience while you navigate through the website. Out of these, the cookies that are categorized as necessary are stored on your browser as they are essential for the working of basic functionalities of the website. We also use third-party cookies that help us analyze and understand how you use this website. These cookies will be stored in your browser only with your consent. You also have the option to opt-out of these cookies. But opting out of some of these cookies may affect your browsing experience.
Necessary Always Enabled

Any cookies that may not be particularly necessary for the website to function and is used specifically to collect user personal data via analytics, ads, other embedded contents are termed as non-necessary cookies. It is mandatory to procure user consent prior to running these cookies on your website.